I stood at the window watching.  The back yard was full of kids, only 2 of them ours.  A mix of diversity.  An intense game of soccer was underway.

Eli was holding a chicken, standing next to the shed, watching them.  Oblivious to the fact that he stood out. 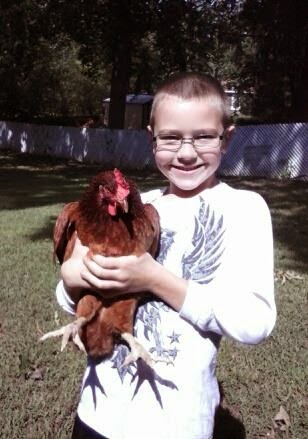 They continued playing, now engaged in a fierce game of kick ball.

He knelt beside the garden, digging for worms, careless to the game going on beside him.

He came inside, got 2 pieces of paper, taped them to a stick, and created a white flag.  He waved it when they argued.

He marches to the beat of his own drum.

He carried a bucket, emptying the rain water along the edge of the shed.  He stood, watching.  They beckoned him to play.  He denied their request.

And no one dared say a word to him.

I stood, watching, waiting, on guard to protect him from those who would seek to harm him for not just marching to the beat of his own drum, but creating a different beat.

But they're okay with him.  He's their friend.  He's who they ask to mediate who was really out or not, to referee the game.

This sweet boy --  my boy -- who sees the wonder of life in everything - his favorite hen - the red one amidst the others.  The worms wiggling in the garden.  The locust shell that suddenly moved when he went to pick it up.  The rollie pollies and slugs.

The next day I sat in my lawn chair watching him play his first game of soccer - his first real game of anything since his attempt at flag football at the age of 4.  He beamed ear to ear.  He really doesn't have a good grasp of how the game is played, but his anticipation more than makes up for it.  He was goalie.  He was ready.  And he was incredible.  My heart swelled with pride, sitting there watching him have fun.  I tend to be hard on my kids about sports - because if you're going to play, then you had best play.  But this all boys team was made up of so many characters, it was the perfect match for Eli.  While I worry about him paying attention and rocking, I watched one kid fly airplanes across the field, another doing cartwheels, and one turning circles just trying to figure out what he was supposed to do. 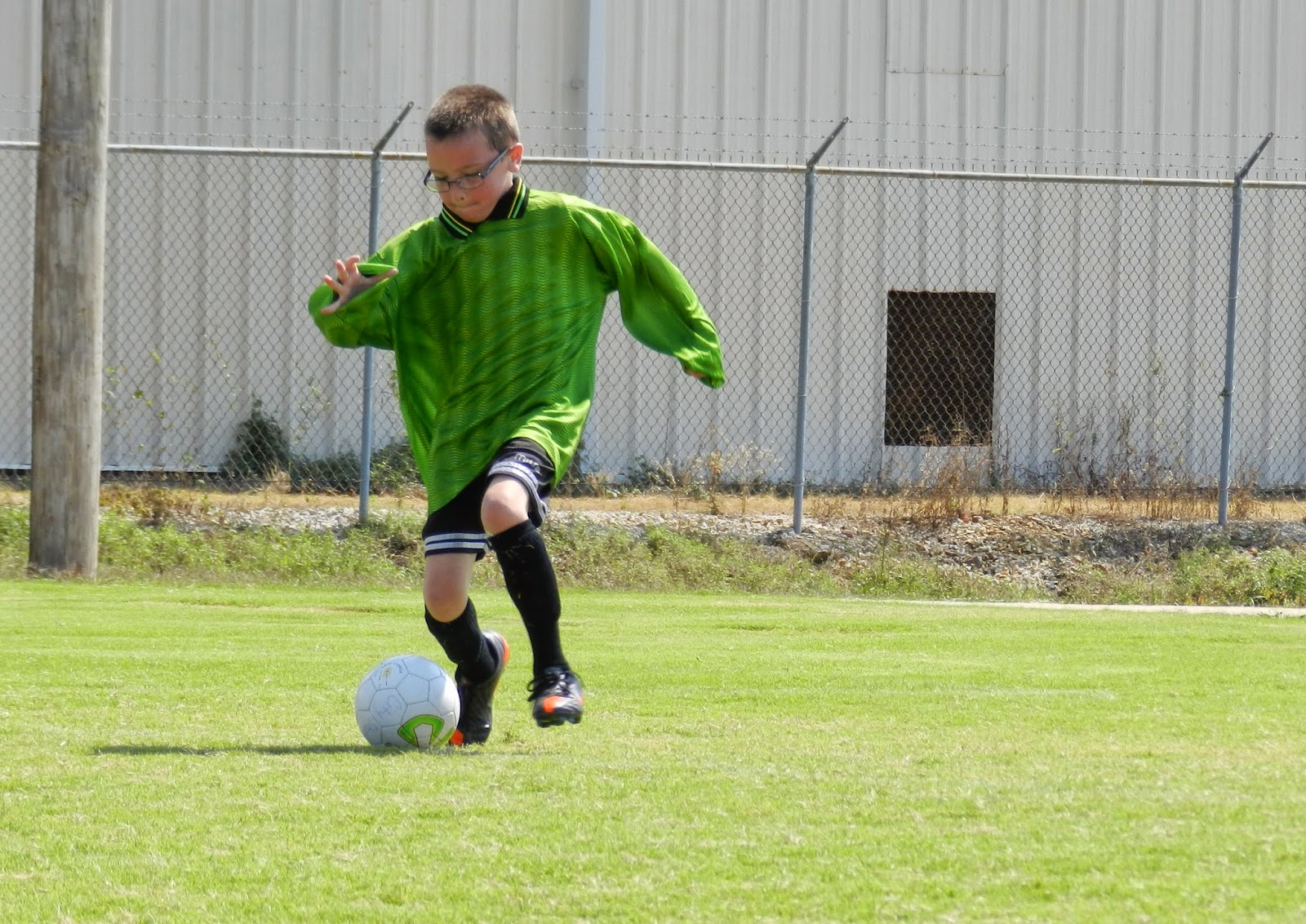 I laughed.  We see a soccer game.  They see opportunities.  Because, really, isn't doing cartwheels and flying airplanes fun when you're 6 or 7?

I laughed harder when Eli changed positions and continued picking the ball up on the field as if he were still goalie, confused about what he was allowed to do as goalie but not on the field.

I overheard one kid's grandma say "This is the best laugh I've had in a long time."

They help us find the wonder.

This past weekend we went to the Memphis Zoo.  We have a little over an hour drive to get there and the whole way Eli was talking up a storm.  The girls were sleeping.  "Look Mom!!  An airplane!  It's a crop duster."  Yep.  I see it.  "Look mom! An Army truck!!! Do you see it, do you see it?!!?"  Where? Yep, that's an Army truck.  Truth be told, I really could have cared less about the mass of crop dusters we saw or the Army truck, or the tractors, or the vehicles he found unique and interesting.

We passed the FedEx Airport and he was excited to see a commercial plane - a jet, as he kept calling it.  And something stirred within me.  An article I had read.  I remembered her talking about how we're so busy and task oriented that we've lost our wonder.

We fail to see the majesty in the mundane, the beauty in the normal.

He hasn't yet lost his wonder.

I don't know when this happens.  If it's just a part of getting older and busier.  If it's part of living in a country where even the poor among us are rich compared to people in other countries.  Maybe it's that after life deals us a series of blows, we become calloused and blind to everything around us.

As the article said, it's a plane.  A PLANE!!!  A hunk a metal flying in the air, carrying hundreds of people across the country in a matter of minutes and hours.  It's a crop duster, spraying fields that help produce food for all of us to feed our families.

It's everything.  And we've so lost our wonder that we miss it.

At the zoo, I kept seeing pregnant women, one after another.  When did we get to the point that we can see women carrying a child, a life inside of them and not stand amazed??  And lest we forget the greatness of the human body, this video is an incredible reminder of how intricately we have been formed, held together by the cross of Christ - or medically speaking, what is known as Laminin.  Seriously, take the 15 minutes to watch it.

When did we become so busy that we fail to see the absolute creative genius of God in His creation?  Things like this fish. 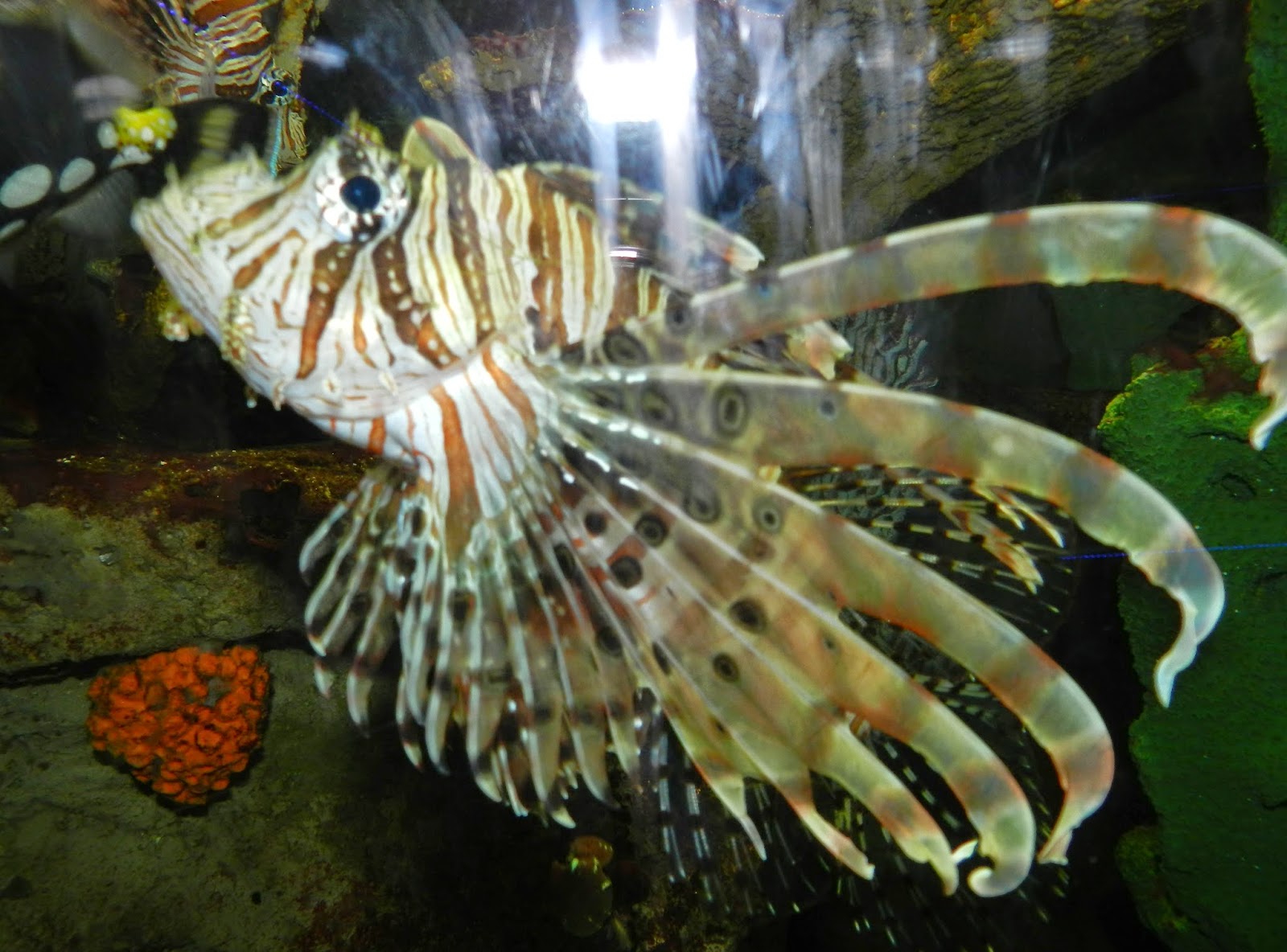 Or this... with its odd snout. 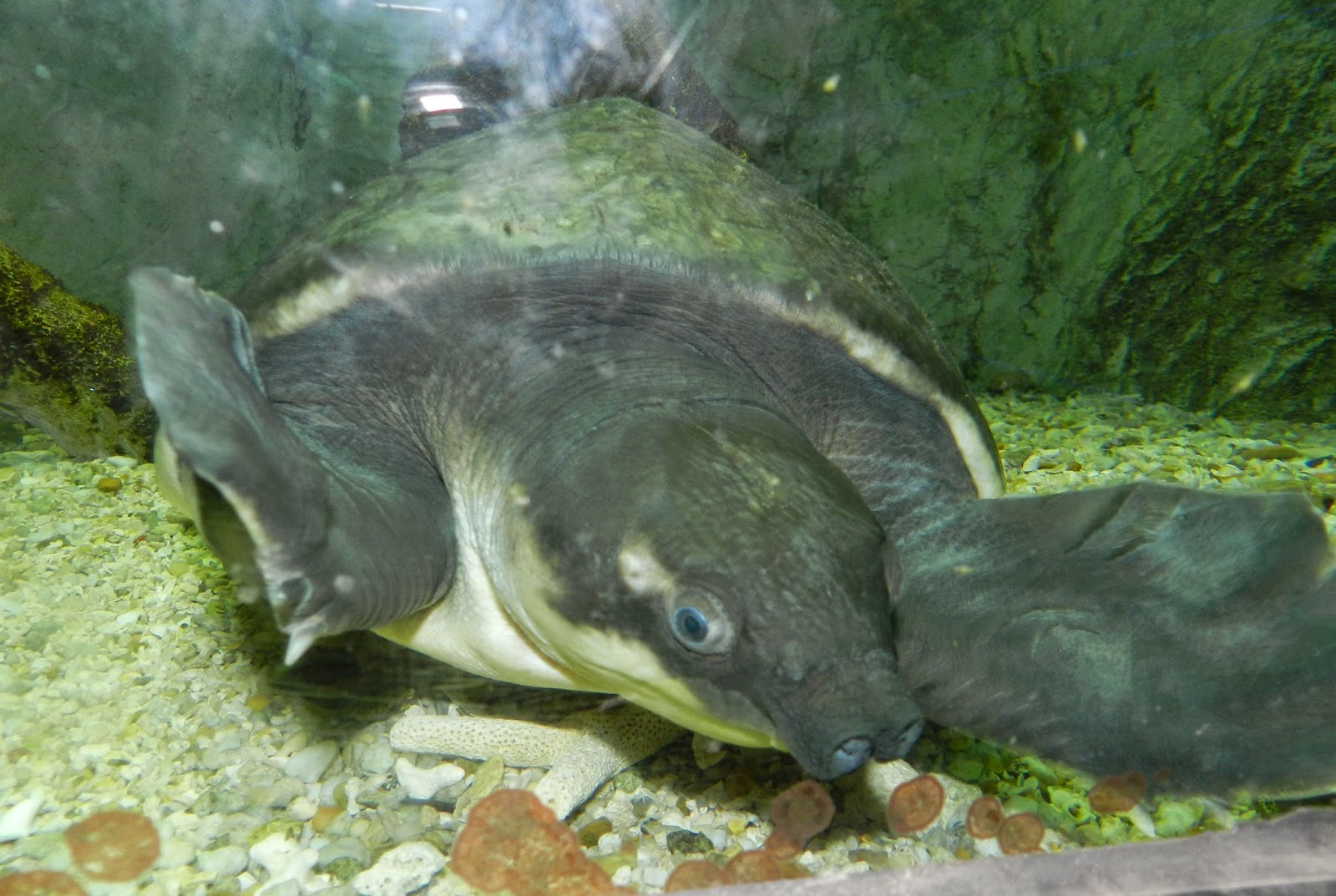 Or spiky here, with the bulging eyes. 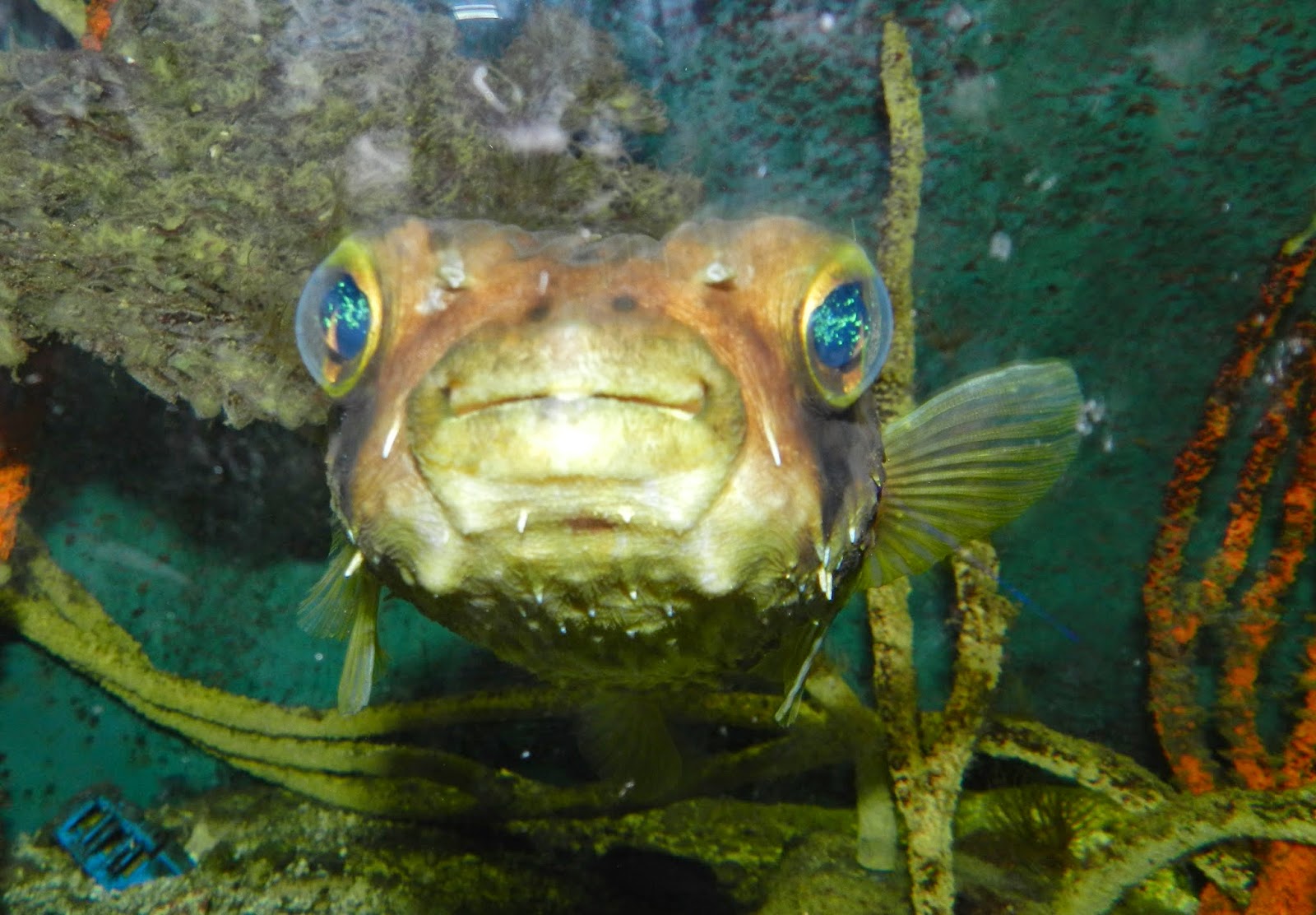 What about even the most basic of things - a sheep.  A sheep that He created that grows wool that we in turn use to make clothing and bedding.  A sheep! 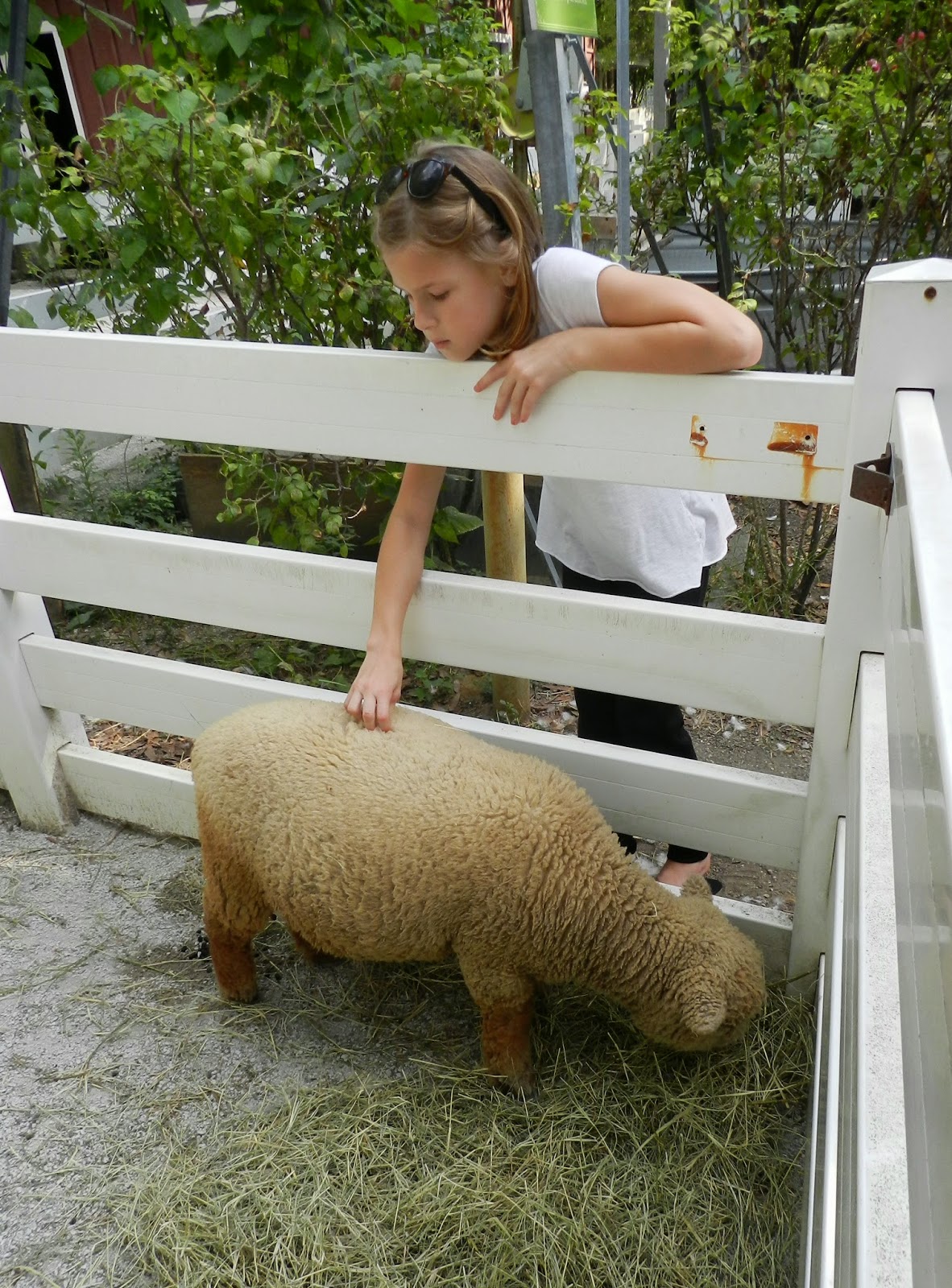 Or cotton plants.  Seriously, a plant that grows cotton - the stuff we use to take off our toenail polish or wipe a boo boo or use to clean our ears with a Q-tip.  The main thing our clothing is made from.  He created it and everyday we take no note of it, no consideration, no thought to all He's done to provide for us. 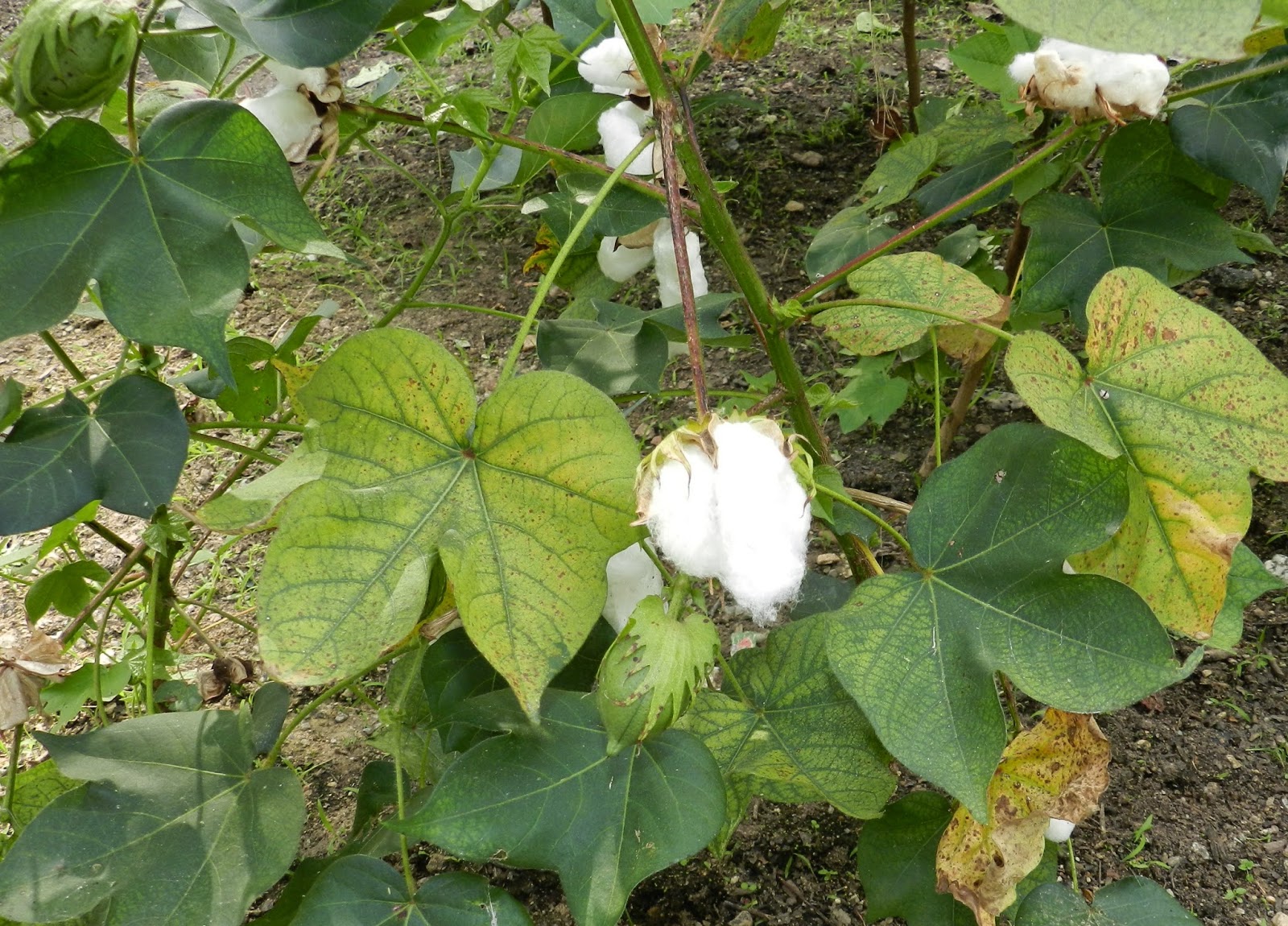 What about the simple things- the beauty of plants and flowers that he gave us to look at and admire?  Eli loved these - walking up to them smelling them and taking in how different they were. 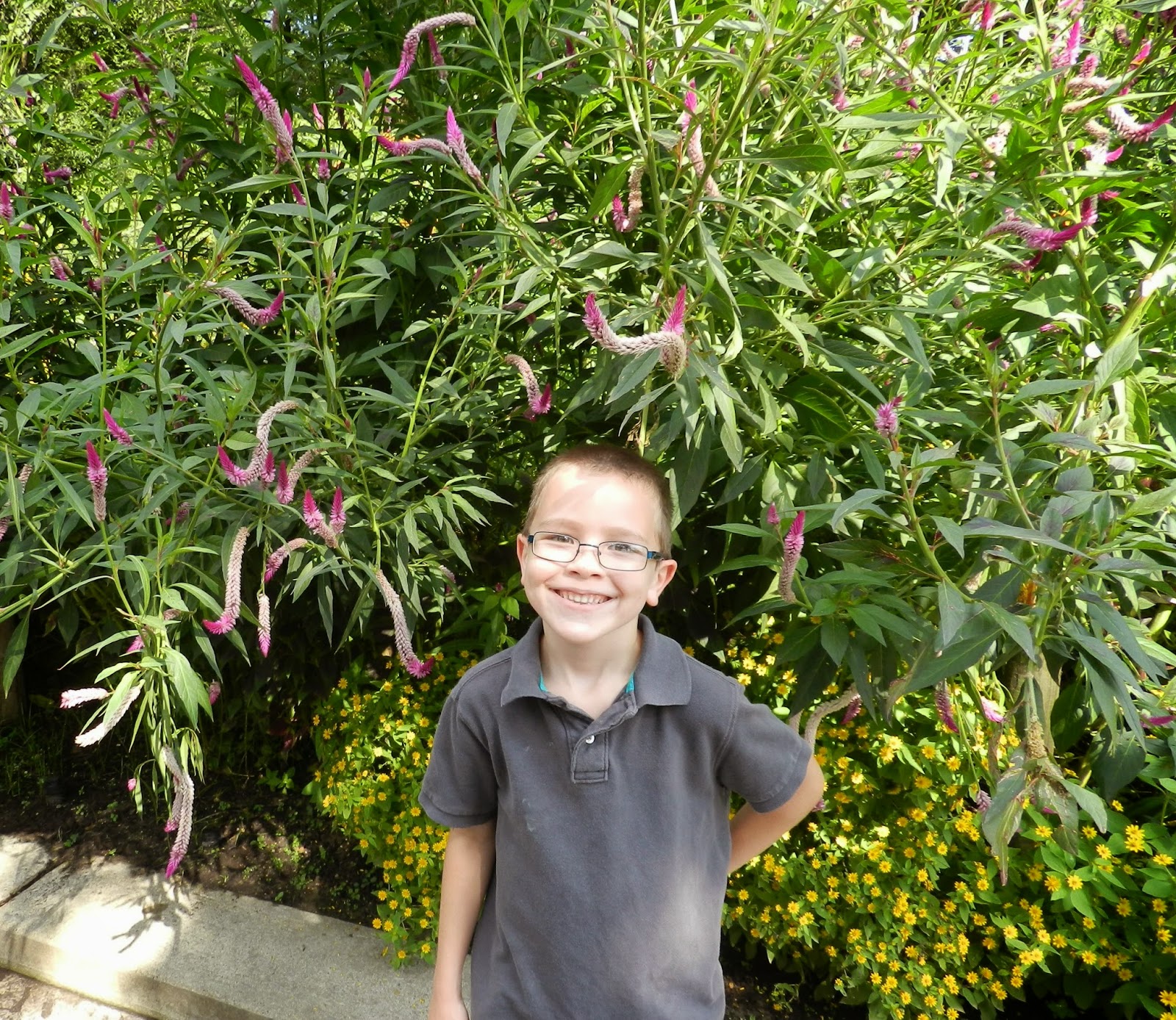 He hasn't yet lost his wonder.

And I hate that I have.

But you know what's great about losing your wonder?  You can always get it back.

Sweet friends, we can get it back.  We can re-claim the wonder, step by step, moment by moment.

And all it takes?  Open eyes.

Eyes to see and a heart to acknowledge it as the goodness of our Creator.

Because everything is a gift if we choose to see the wonder in it.

May we reclaim what we've lost.  Eyes open.  Hearts full.
Posted by Phoebe at 9:07 AM